How do students choose what they want to study and where they want to go after their time at DCB? How do the teachers and university counsellors support them along the way? This week, we begin a series featuring our wonderful graduating students, who will give you a better idea of their individual journeys.

This week's topic focuses on how an extra-curricular interest becomes a university major, as well as an example of a student who had many extra-curricular activities that were not directly related to his intended major. 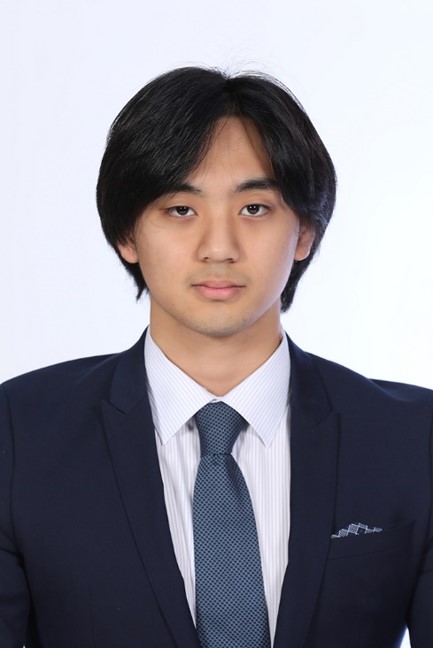 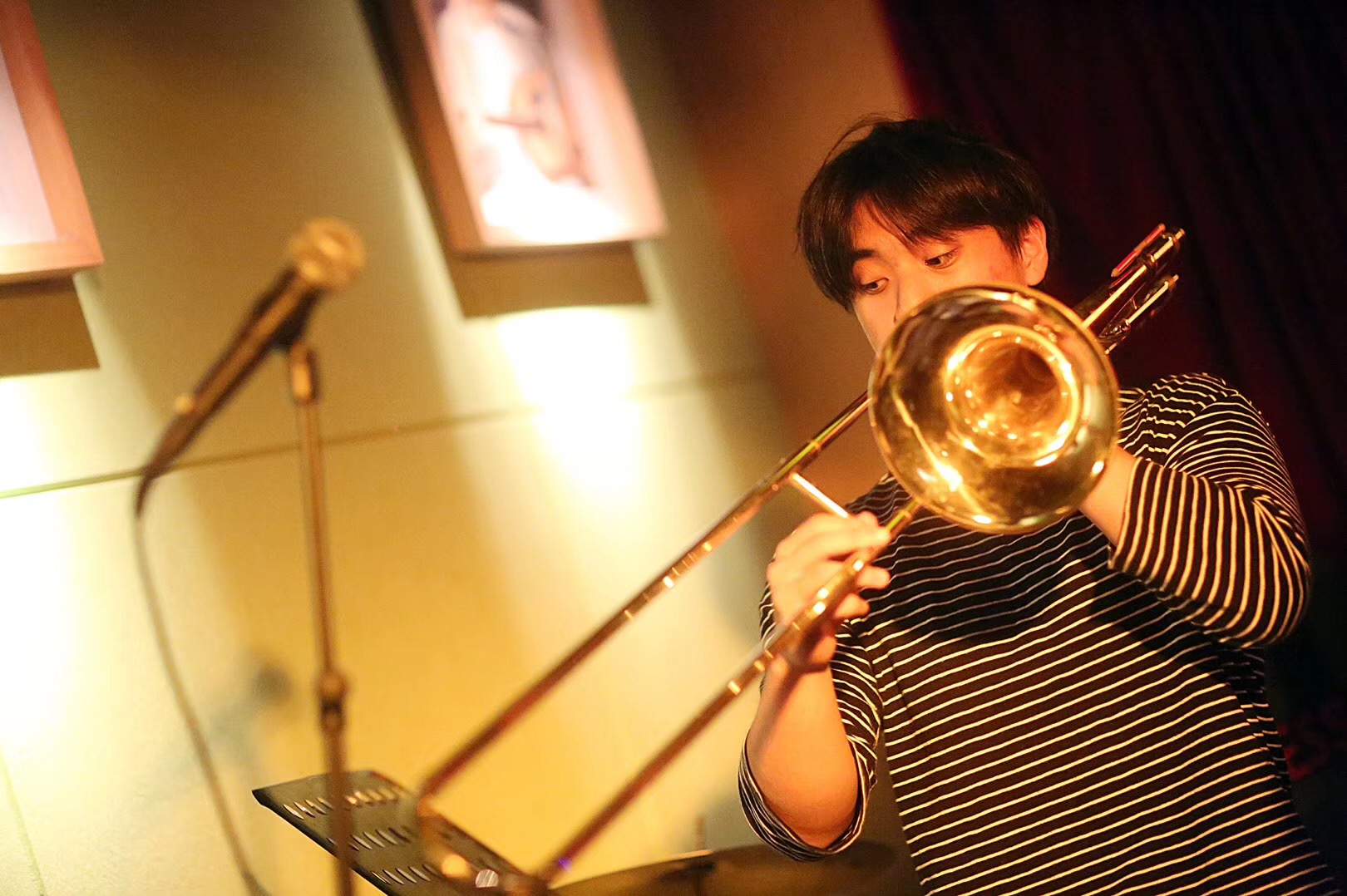 Though I started learning piano before moving to China, it was my first Year 5 music lesson in DCB when I picked up the trombone and felt the urge to hone my skills on it. I discovered my interest in jazz when taking my first masterclass with Roy McGrath as part of the DCB Diversity series. Composing a wide range of music for ISCMS (International Schools Choral Music Society) and chatting with visiting artists (Chris Artley, Paul Jarman, etc.) allowed me to mature as a composer.

From the start of Senior School, I joined as many school music ensembles as I could and committed to them every year. Jazz Combo, a band I founded in Year 10, frequently played for external charity events and busking sessions for Project Nightingale. Music trips such as ISCMS, DFM (Dulwich Festival of Music), WABX, and Dulwich Olympiad, all helped me connect with musicians in other international schools. Outside of DCB, I had the pleasure of playing in the Beijing Blue Note Jazz Orchestra and Jazz Magic Cube Octet.

What factors did you consider when choosing your best-fit university destination?

The wide network of musicians was just as important as the quality of the music programme when choosing my best-fit college. The fact that I was familiar with the campus after attending the Berklee five-week summer programme played quite a significant role in the decision as well. Many Dulwich alumni and graduates of other international schools in Beijing are studying at Berklee, and talking to them about their student life, especially during this extraordinary period, was quite reassuring and beneficial.

How have the teachers provided support, guidance and opportunities in the past few years?

All the music teachers I have studied with in DCB have been hugely influential to me as a musician and a person in general. I cannot thank them enough for the support they have given me throughout the years. From arranging music trips and countless concerts to giving invaluable advice for the future, they were always people I could ask for help if I was struggling with band rehearsals, the Extended Essay, or college choices. The DCB university counsellors have been a ton of help for me as I applied to both UK and US schools, and dealing with the different essays could have been overwhelming without their support.

My ultimate goal is to teach, perform, and compose wherever I go. After completing my undergraduate degree, I plan to study at a graduate school before deciding whether I want to stay in the US or return to Korea or China. 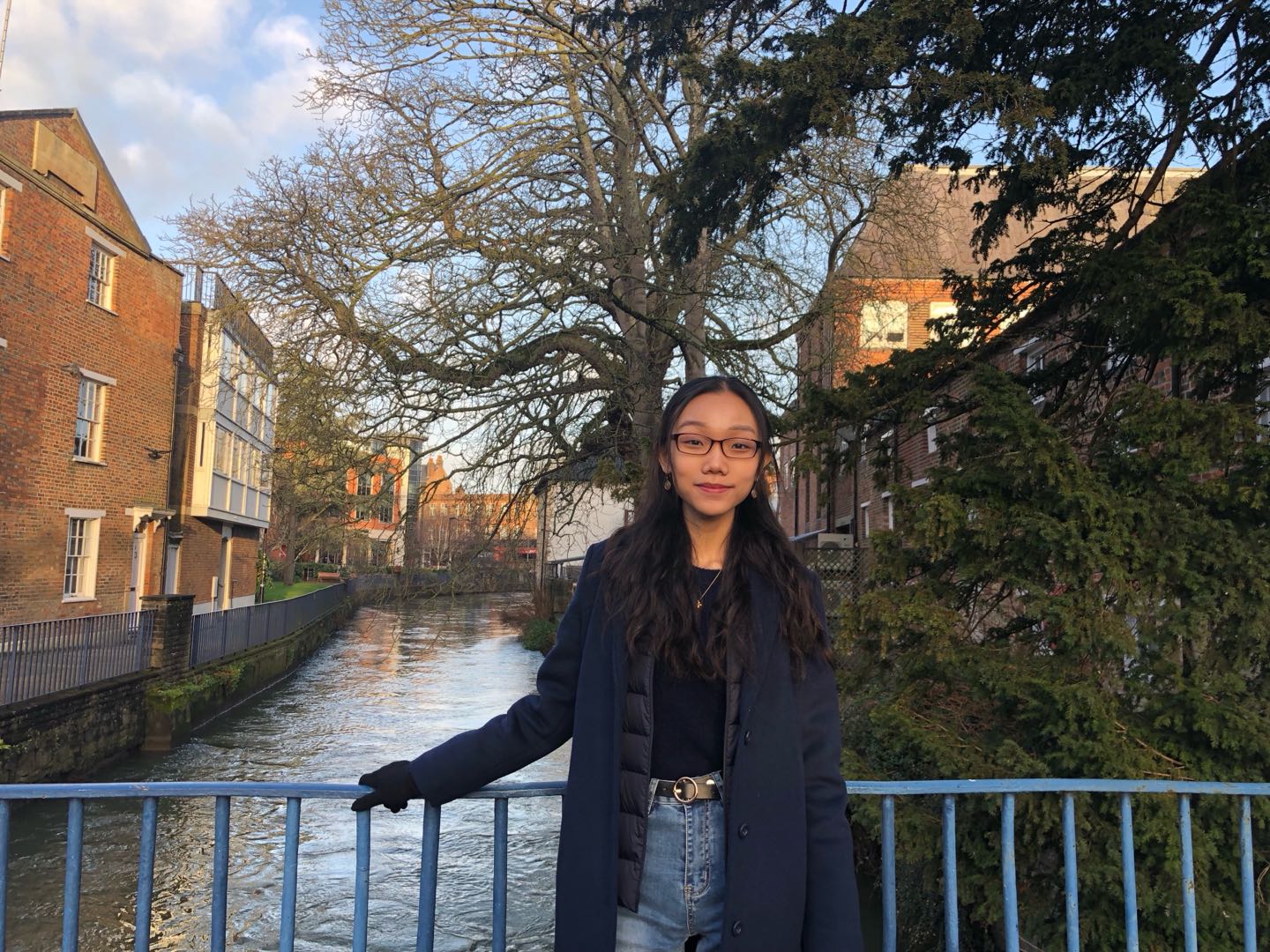 I moved to Australia when I was six and barely spoke English. For the first few months I read frantically, trying to memorise any word I could recognise from any book I could get my hands on. Luckily, my language skills improved – and I’ve been a voracious reader ever since.

I’d always considered literature a fairly niche interest, so when I entered high school, I was surprised to find myself getting involved with a whole range of activities. Of course, the first projects that I was drawn to were things like essay contests, writing clubs, and magazine internships. Eventually, though, I made the jump from reading words to speaking them: I’ve become an avid debater over the years, and have helped found DCB’s first Law Society in Year 12.

How did you tie all your extra-curricular activities together?

Tying everything together was never really an issue for me, which, I know, makes me very lucky. A love of words gives you a window into so many seemingly disparate fields – it was something I constantly drew on, whether I was making speeches, editing articles, or even giving school tours as a prefect.

How have the teachers and/or university counsellors influenced or supported you in the past few years?

It took seven years of English teachers to guide me from being a merely eager reader to actually a competent one. My teachers gave me invaluable skills of analysis and criticism. Then in IB, Mr Harmon and the counselling team helped me take those attributes and present them in personal essays and mock interviews. The last two years have been challenging (to use the mildest of terms), but thanks to my teachers and counsellors, they were very enjoyable as well.

Right now, I'm planning to pursue a postgraduate degree in law. Alternatively, I'd also be eager to build on my experience as an intern and explore a career in publishing. English is a good foundational degree that opens up doors to a huge variety of industries. I'm very excited to see where the next few years will take me. 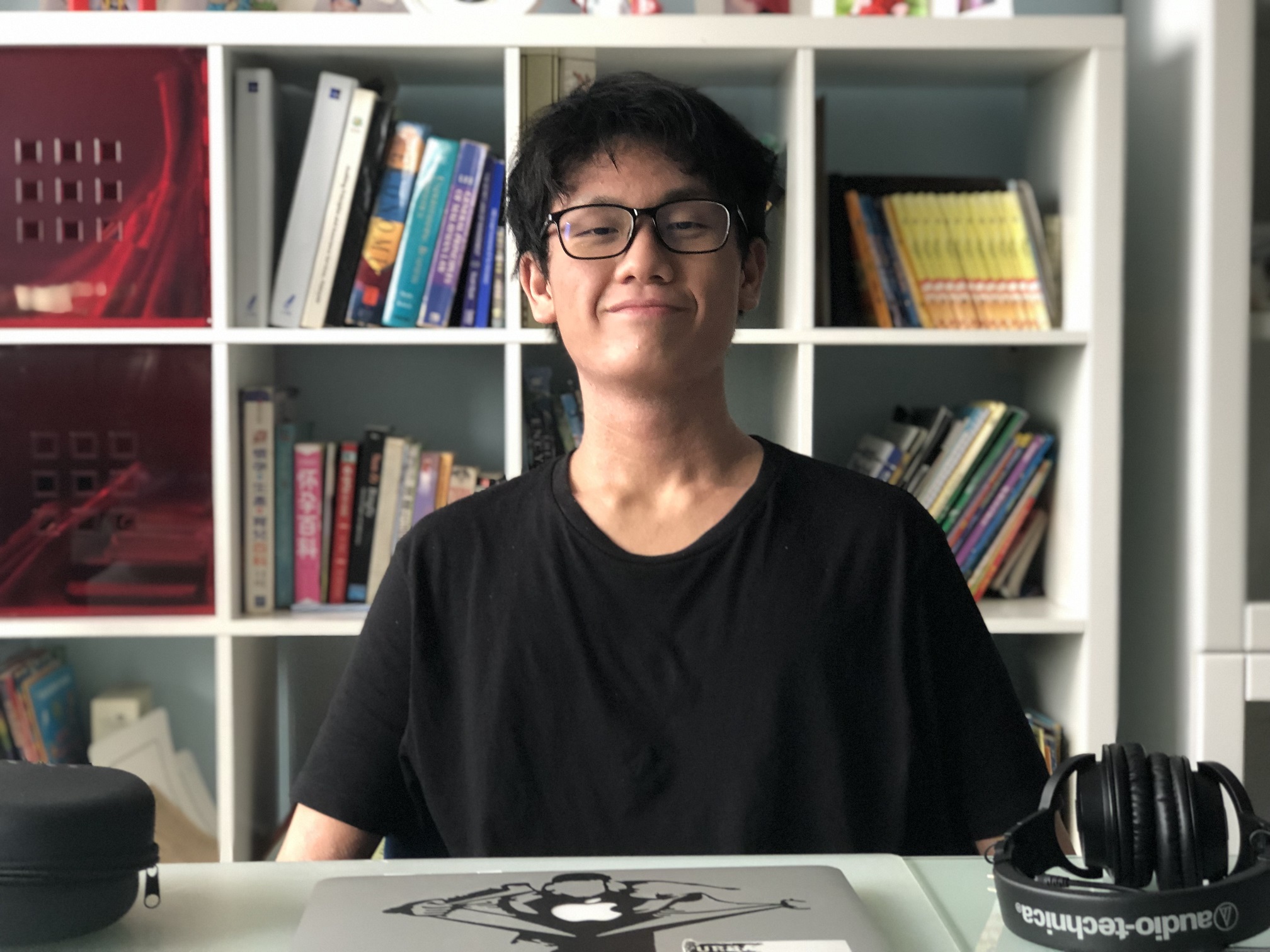 I was always interested in writing and storytelling from a very young age, finding refuge in bookstores, and making comic books in my spare time. Naturally, I started getting hooked on TV shows and movies as I grew older. It wasn’t until I watched Alejandro Iñárritu’s 2014 film Birdman that I realised the unique and creative ways the medium of film could be utilised to convey and express a story, and I found that my interest and appreciation of film as a form of art grew as a result. From the IB Film course, I learned about the rigour of filmmaking, the importance and joy of collaboration, and the rewards and struggles of attempting anything creative.

Q: How were you able to engage in this interest at DCB, outside of regular coursework?

In 2019, I had the opportunity to become Head of Marketing for DCB’s first-ever red carpet film awards, known as “The Eddies”, where the year’s filmmaking at Dulwich was celebrated. I also took part in 2019’s House Short Film Competition, where I had the privilege to lead my Wodehouse team as co-director and writer. This event was one of the most stressful experiences I’ve ever had, having to plan, schedule, and organise my team, including cast and crew, as well as shooting locations amidst everybody’s busy school schedules. However, I was extremely grateful for the fact that everyone was extremely collaborative, patient, and enthusiastic, and I couldn’t have asked for a better team of people to work with. This event definitely taught me to step out of my comfort zone and learn to not run away, but to embrace the inevitable struggles and difficulties not only found in the creative arts, but in any endeavour life will bring.

I couldn’t have asked for a better Film Studies teacher than Mr Ormandy, who had always been supportive and encouraged his students to pursue their own ideas and express their own unique creativity. His feedback and critique allowed me to grow and develop myself, not just as a filmmaker and storyteller, but as a person in general. It was also thanks to Mr Ormandy that I became aware of the film festivals I could submit to, such as the All-American High School Film Festival, for which our Wodehouse House Film had been officially selected.

I am also very grateful to my university counsellors. They brought NYU’s film programme to my attention, which led to my participation in NYU Tisch’s Summer Filmmakers Workshop, and helped me gain the confidence to further pursue my passion in storytelling in college.

Film courses require students to do a lot of practical work outside of assigned classes and class schedules. Keeping this in mind, I am prepared to work hard and start projects on my own initiative with my fellow future classmates. Though I already have some ideas for my own film projects, I am excited to meet and collaborate with new people, expose myself to new ideas, techniques, and films, and grow as a filmmaker and storyteller. 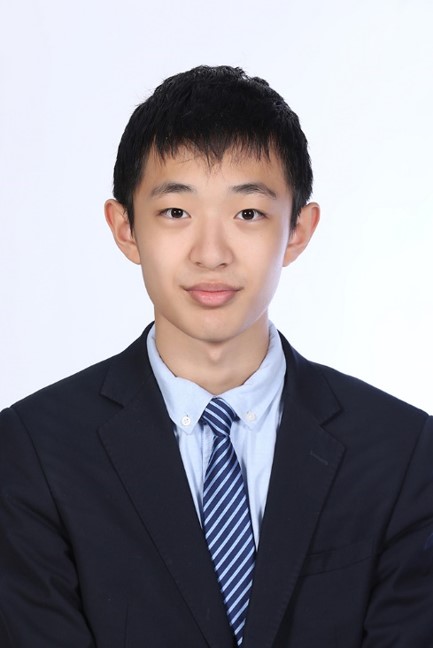 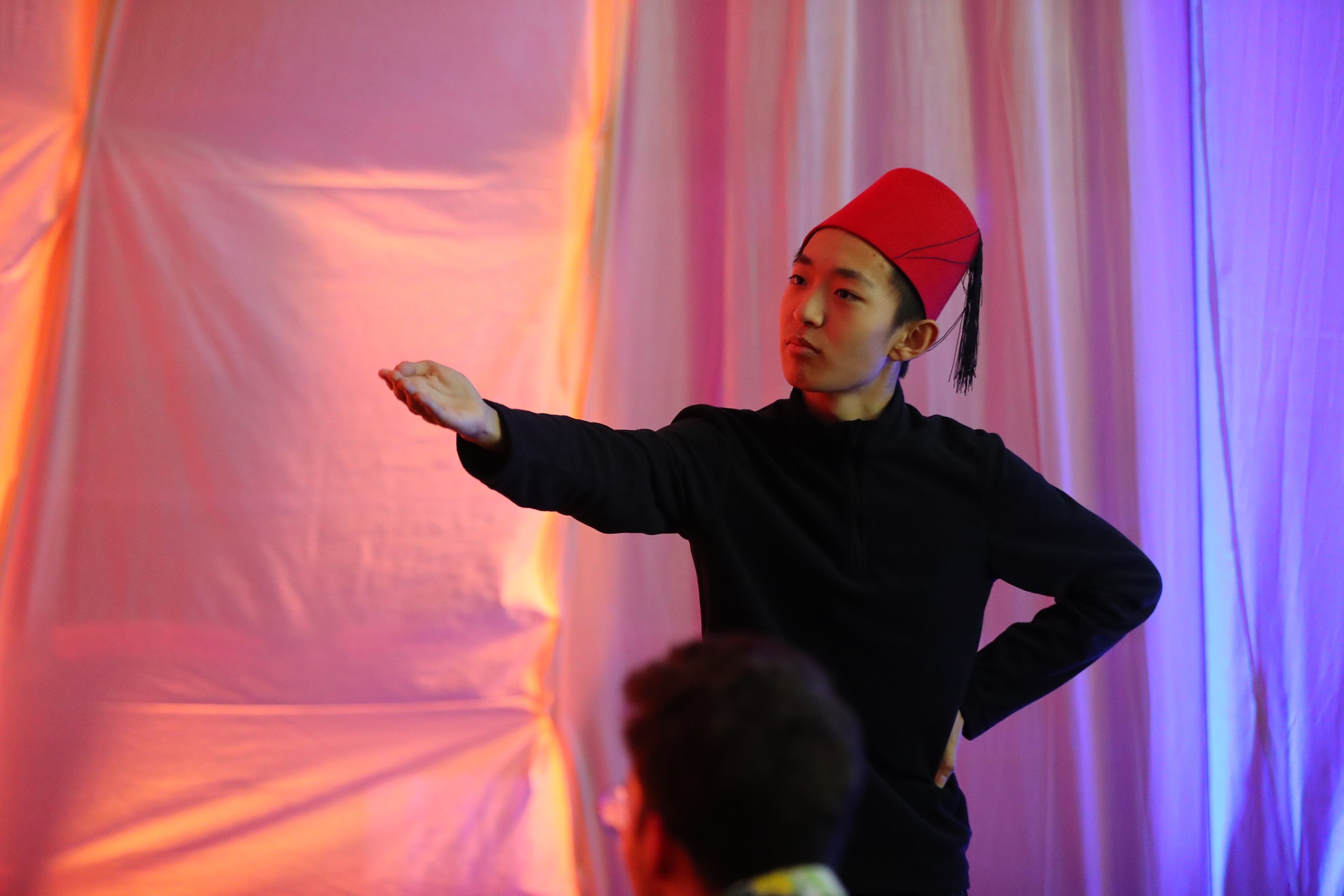 Q: What ECAs have you been involved in in the last few years? How have these ECAs shaped your life at DCB?

I took part in several debate and Model UN activities around school, and over the years, have had the honour of meeting some amazing people through them. Additionally, I really liked taking part in performances, and having that creative outlet contributed greatly to an enjoyable school life! Finally, I was involved with the Student Council and ran a few competitions throughout my time here, which helped me discover an interest in event planning.

Q: What value did you place on your ECAs in determining the university environment you want? Which extra-curricular activities do you want to continue or start at university?

Most universities have an extracurriculars scene, and looking at how active it is was an important step in researching the school for me. It tells whether they are treated as core or more periphery aspects of the university experience. For me, it is definitely a core experience, so I looked for universities that were more active and valued extracurriculars more. As for what I hope to do in university, besides continuing to perform and debate, I hope to try something I haven’t yet considered!

Q: What factors did you consider when choosing your best-fit university destination?

I put more emphasis on the culture of a school, which, admittedly, is not always an easy thing to research! However, to me, values and traditions of a university are really important, and I am lucky that the University of Chicago is a school that really aligns with what I was looking for.

Teachers have definitely shaped how I’ve looked at different subjects. I can’t name each little thing they did, but put together, they’ve shaped me into someone who’s interested in learning and open to discussion. My counsellor especially encouraged me to reflect on what I did and why I did it. That sort of introspection helped ensure that I took part just in the things I loved and were rewarding for me.

Professionally, I’m leaning towards further education after my undergraduate degree and looking into research in the field of material science. But in general, I hope to continue to broaden my worldview and keep exploring this amazing world (and time!) we live in today!

(University offers in the UK are typically conditional of final IB results.) 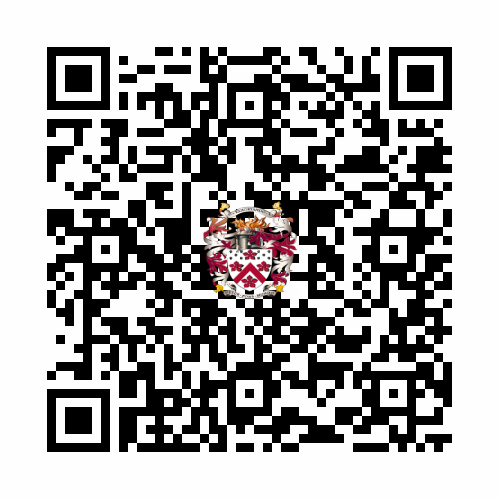