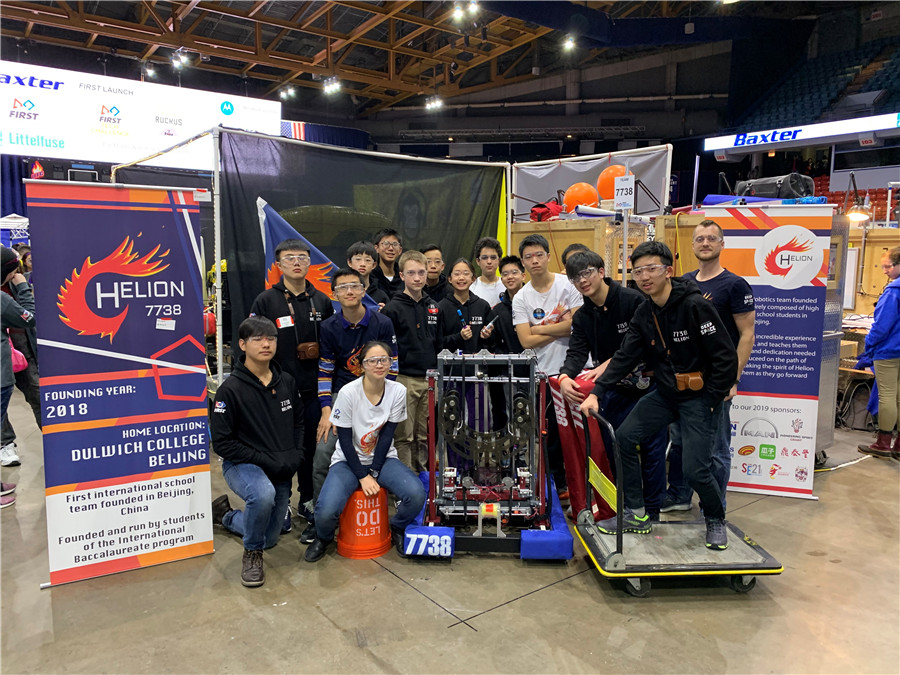 Last week, 15 students from Years 8 to 12 travelled halfway around the world to compete in the FIRST Robotics Competition (FRC) Midwest Regionals in Chicago, accompanied by teachers Mr Andrew Walton and Mr Gary Jennings. Representing DCB, Team Helion outperformed expectations for their first ever competition, and came away with an award for Highest Rookie Seed. At one point in the competition, the team was even ranked 12th out of 53 teams, most of which had long track records. This year's competition theme was "Deep Space". In groups of three, the drive teams worked under a time limit to get their robots to attach hatch panels to cargo bays on a "spacecraft", add cargo to the holds, and return to or even climb onto the platform from which they started – all this while another team of three worked to outperform them on the same field.

Helion began when Year 12 student Jing Jing C, then a Year 11 student, joined an FRC team outside of school to attend a regional competition in Silicon Valley, California, last year. From that moment on, he was hooked, and he returned to Beijing to write a series of proposals for the project, including initial team hierarchy, business planning, marketing, and of course engineering. With major funding from MAN China, Nova Vision Clinic, and Intronics, as well as smaller funding from a number of other generous sponsors, the team raised 160,000 RMB to fund the construction and a major portion of the trip. This was also one of the projects that was awarded DCI’s Pioneering Spirit Grant, which recognises student innovation and leadership.

Helion is very grateful for all the sponsorship and support they have received to date and is now working hard to improve on all aspects of their model so they can compete in future events. More on Helion can be found on their website. 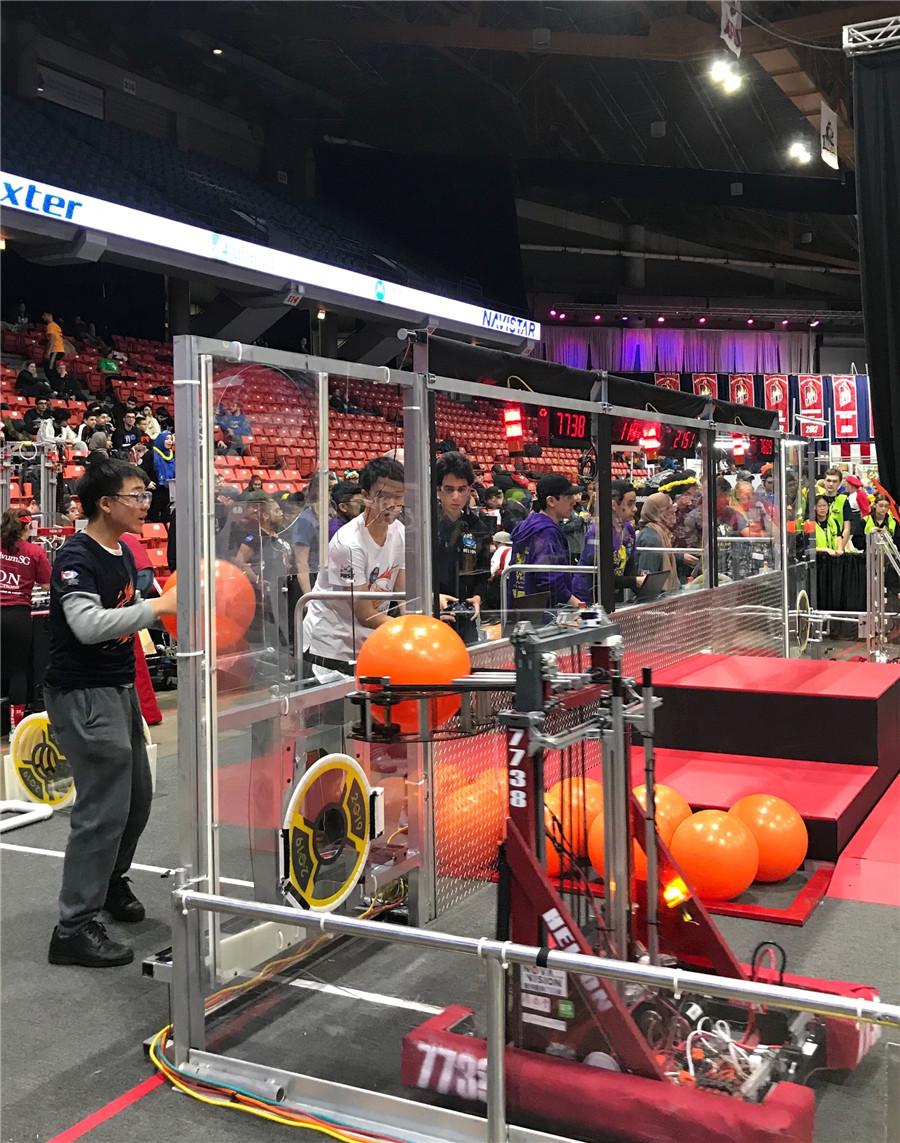 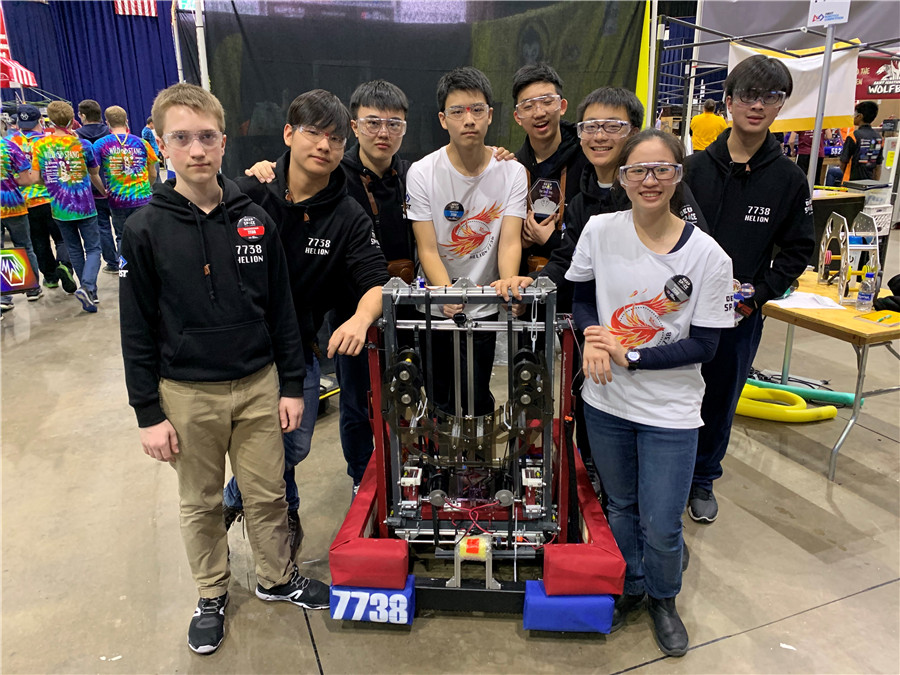 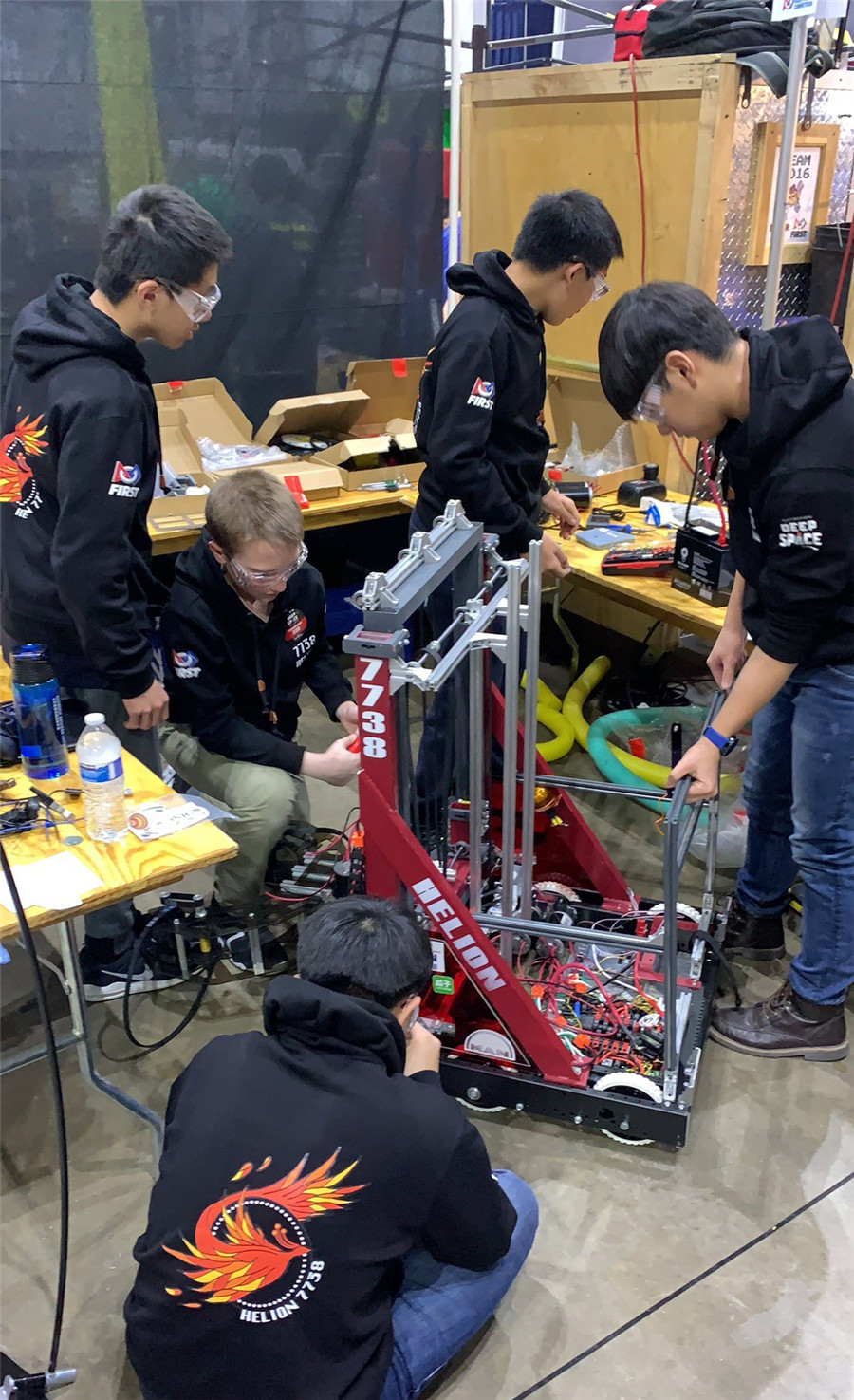 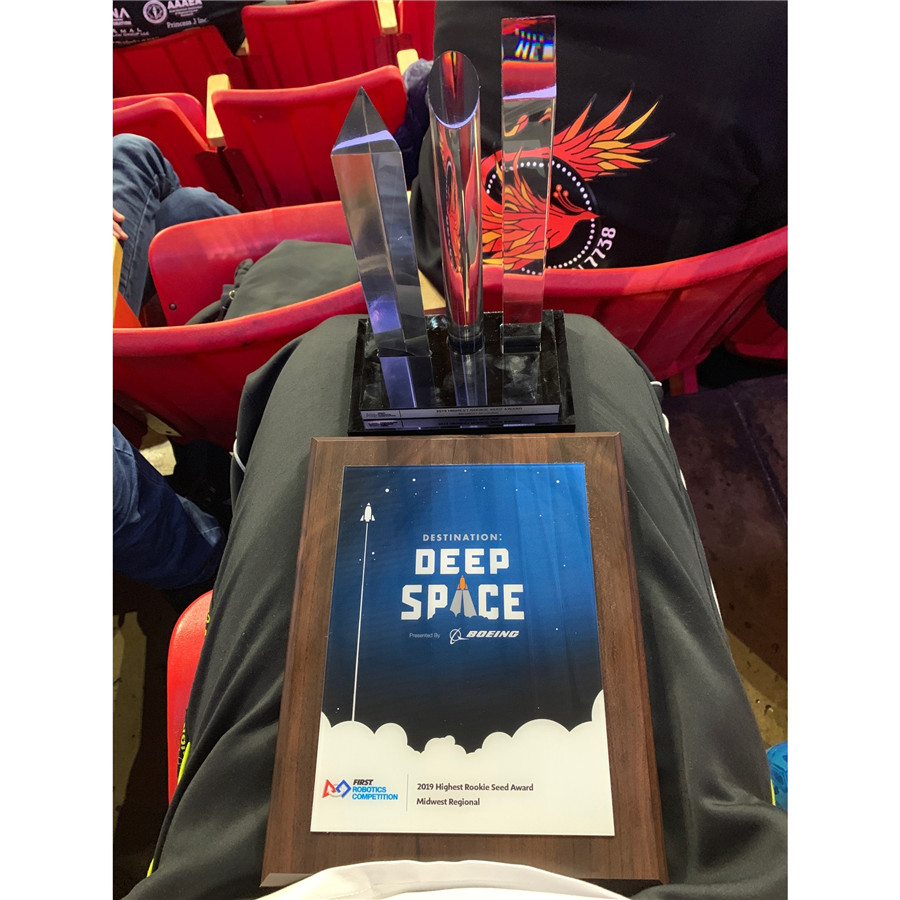 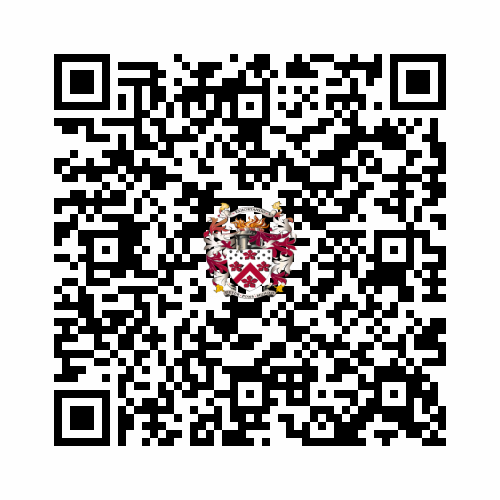