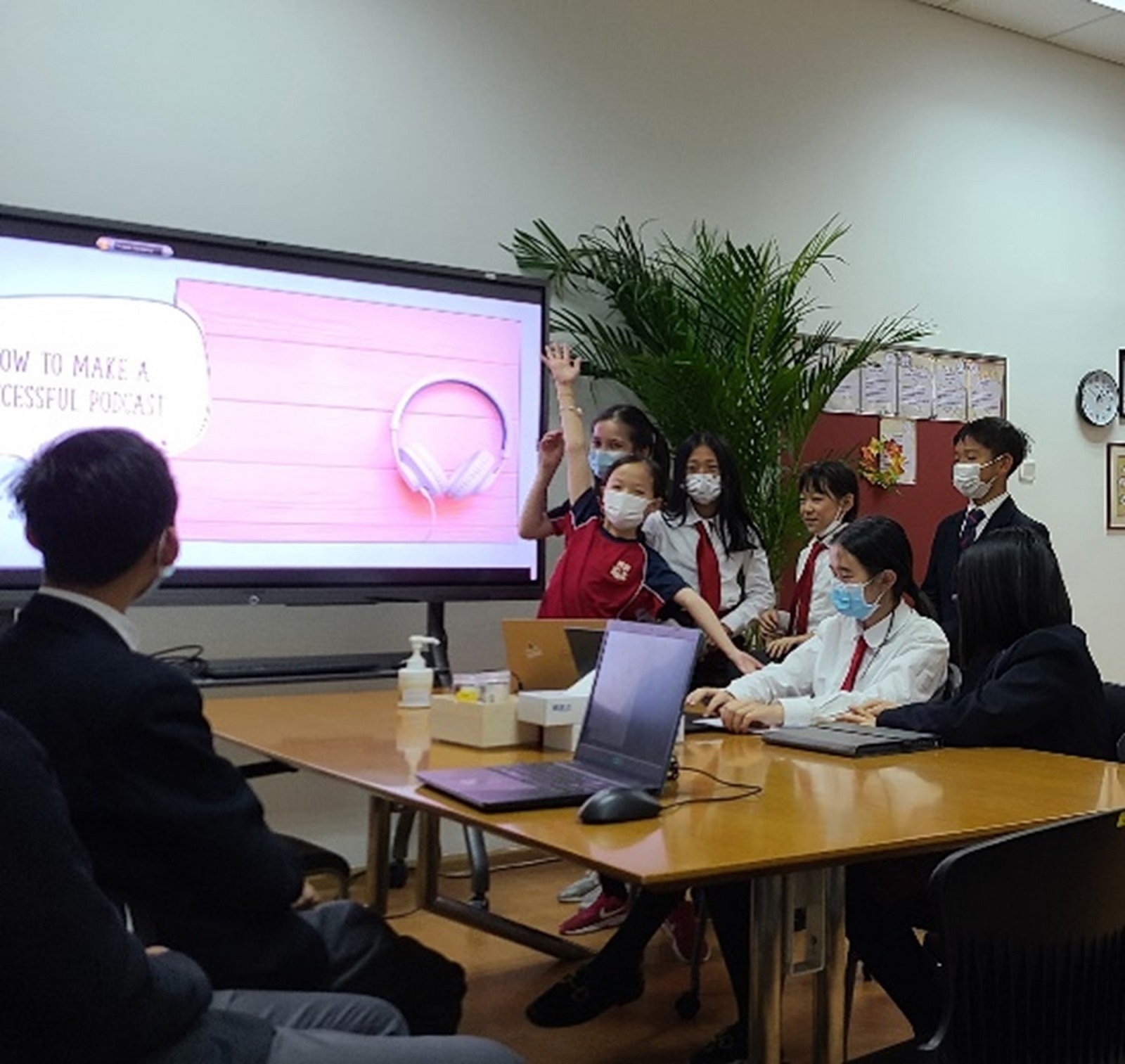 In addition to the schoolwork that they do, many Junior School students also participate in and contribute to initiatives across the Dulwich College Beijing campus. Some of these programs and projects include Student Council, sustainability initiatives like No Carbon November and the Dulwich Dudes Podcast and Magazine. By being proactive and working cooperatively, these Junior School students are living Worldwise – showing motivation, developing knowledge and skills plus producing outcomes that make a positive difference for their fellow students and the Dulwich College Beijing community.

Leadership takes all sorts of forms. Students in Junior School chose to seize opportunities that suit them best and by doing so, gradually grow up as global citizens in many areas. Many of the student leaders have been voted for by their peers because they display the leadership qualities necessary to do the jobs they have applied for, while others shine and lead in different ways.

The Student Council members lead by sharing ideas and making decisions for, and on behalf of, their year groups. The House Captains lead by example for their Houses in the different House events and competitions throughout the year. Each of these leaders does an amazing job taking an active role in the life of the Junior School.

Other students create opportunities for themselves as leaders. Take the group who are creating our weekly podcasts, for example. They took the initiative and went to Mr Brunett with an idea that they had to make a difference. They are passionate about what they are doing and at the same time, develop different skills and values that help them to engage with the community.

Other students are quiet leaders whose actions demonstrate the values they hold dear. They have integrity and lead by example to help make the community more peaceful and fairer. When others around them are doing something that they think is not right or that may be hurtful, they stand up for what they believe in and take action to help stop the wrong. This sort of leadership often takes guts! 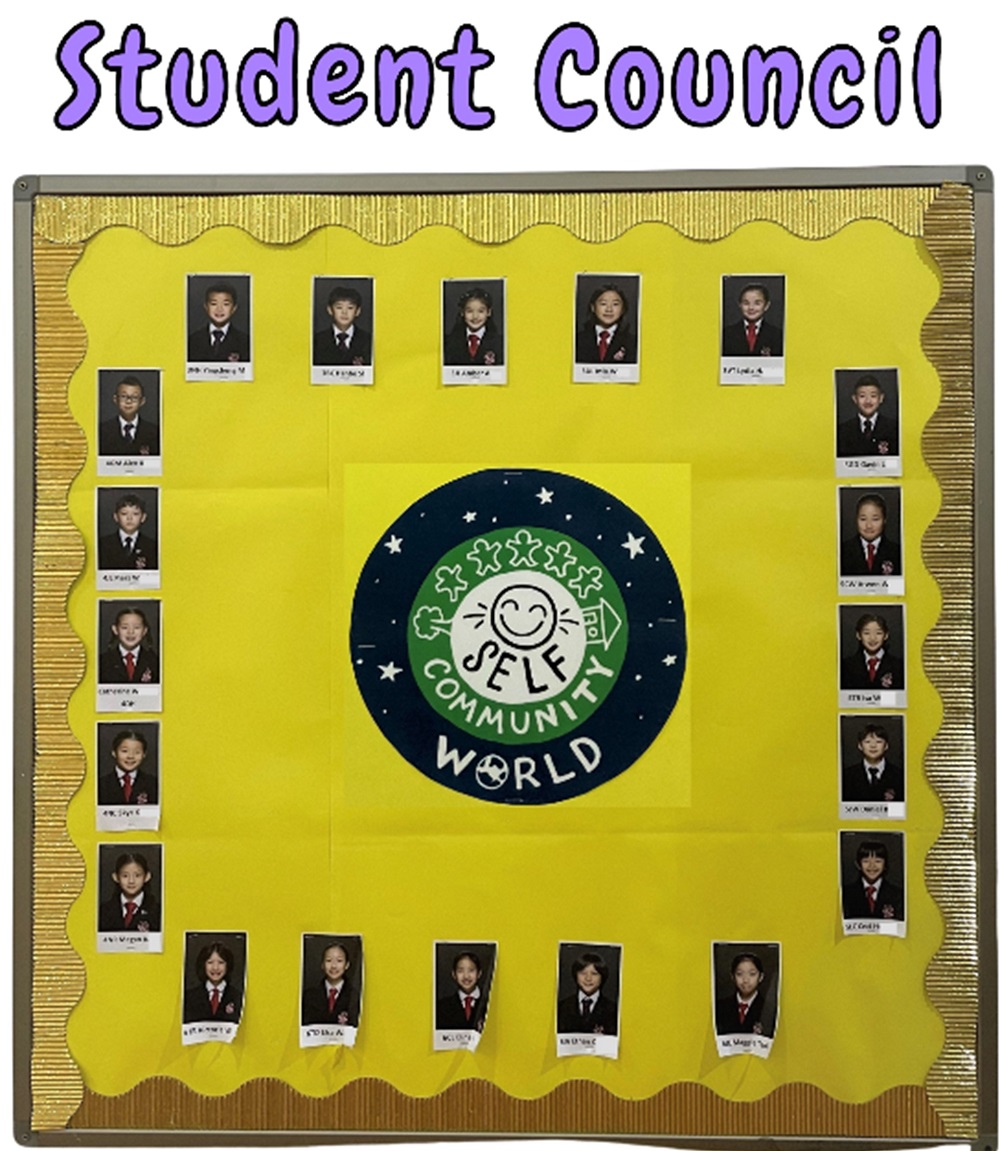 Sustainability is always a hot topic at Student Council meetings. The group has discussed issues in the cafeteria such as plant-based alternatives to meat, food waste and healthy lunches. Student Council also supported Ms Clark with a Christmas Kindness project and worked on their own ideas to bring some more fun and kindness to Christmas in Junior School. Hearing about the discussions that take place at Student Council, it really is very inspiring to see Student Leadership in action and the students really exemplify what it means to be a global citizen.

For No Carbon November, Junior School students have completed a survey of the classes and a leader board has gone up showing which class has the highest and lowest carbon footprint. The challenge is to see which class can make the most changes to their everyday routine by the end of the month in order to benefit the planet in a fun way. 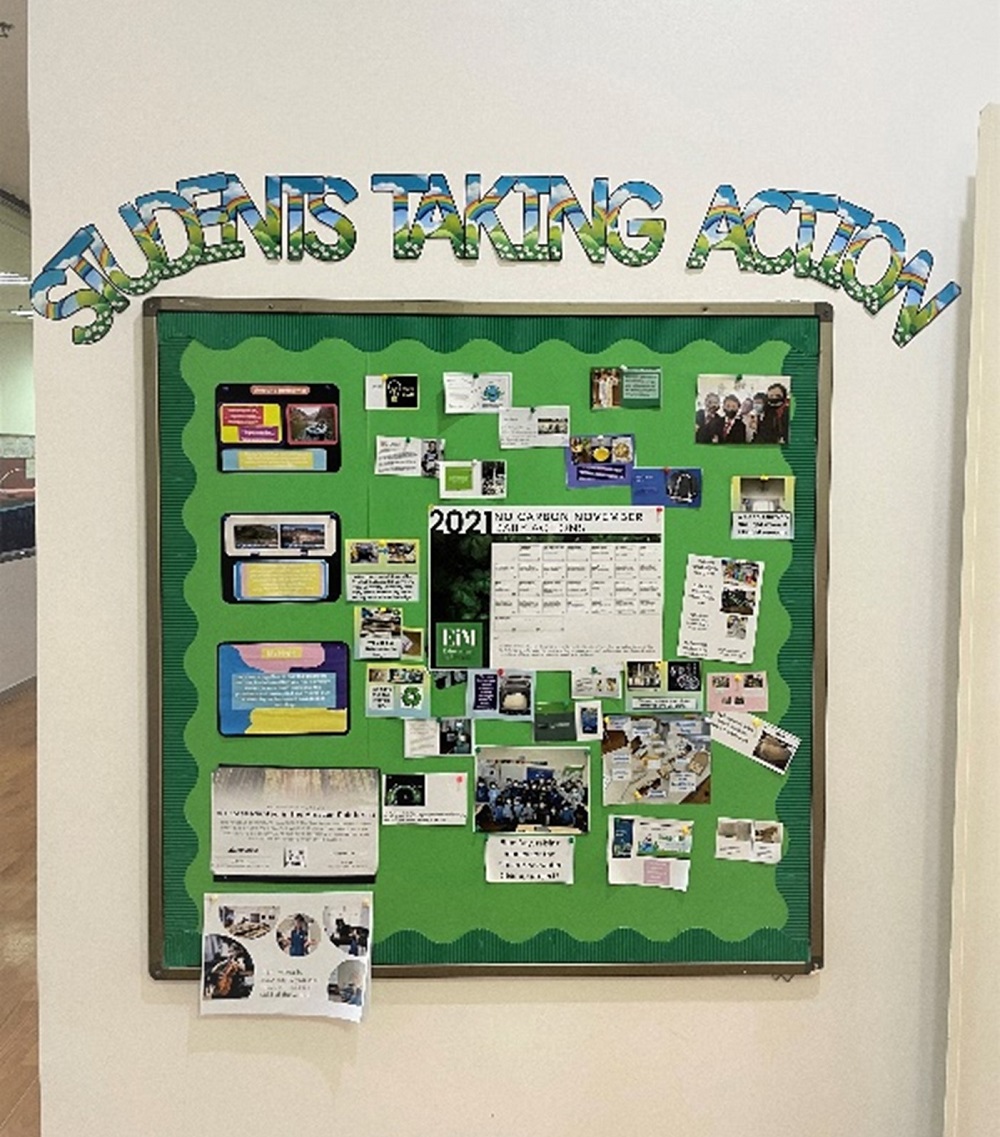 The Dulwich Dudes Podcast and Magazine team showed resilience and developed teamwork, publishing and leadership skills throughout their first year of journalism activities. Check out their thoughts and ideas!

Ella: I cannot believe how fast this year has been! This year has been extremely remarkable to me since we (EMOH) have made so much progress and accomplished so many things. The event that stood out to me was the recording of the A Day in Life in Junior School video. It was the first time for us to record a formal video and there were a lot of behind-the-scenes actions. We went through a series of steps to get it done. We wrote down what we would say during the filming and memorized it after our lines were approved by the teachers. Also, we discussed where to film and who should be in the scene. This was all planned out by our wonderful team of teachers and the only thing we needed to do then was to act it out.

Our scenes were filmed in different areas across the campus. When filming our parts, we made sure that we looked smart in our uniforms. We smiled and spoke out our lines confidently. After filming, we recorded the voiceovers as well. At the beginning of the filming, we were all extremely nervous and it took us a while to adjust our emotions and be more relaxed. It soon became quite fun and exciting for us as it was a brand-new experience.

Overall, it was unique, meaningful, and unforgettable!

Olivia: During the school year, we made a lot of changes to help with the sustainability in our school. In class, I learned that eating meat could be unsustainable. For example, just one piece of pork can produce a big amount of carbon dioxide. It came to my mind that making one school meal vegetarian could improve the campus sustainability. The problem was that a lot of people cannot accept vegetables to be the complete replacement of protein. I then thought about introducing plant-based meat (which is basically something tastes and looks like meat but is made of beans, tofu, etc) to the school. It is not only delicious but also environment-friendly. The podcast team was very supportive of this project. We asked people who supported the idea to sign the signature sheet. The data we collected showed how positive people viewed the idea.

Heloise: This year has been amazing. Everyone in the Magazine team worked so hard to achieve our goals! Great efforts were made in improving the magazine. We are all very proud of our work and contribution to the school. We wrote about things like gaming, interviews, etc. We recruited interns from Years 4 and 5 because we (EMOH) were leaving for Year 7. The magazine team meets every Tuesday at 1 pm in CETI (Centre of EdTech and Innovation) for our magazine ECA (Extra Curricular Activity). If you are interested in joining the magazine ECA, please ask Mr Brunet for further information as it is invite-only. This year, we have published two editions of the magazine and we are planning the third one. We have shown great resilience by overcoming difficulties like online learning. I really enjoyed attending the Magazine sessions this year because it was very fun. Everyone tries their best to contribute, and we will carry it on in Senior School.

Martin: This year's podcast was a success. Our podcast achieved awareness and got positive feedback. As approaching the Senior School term, we called in a few interns to help with the podcast. The Interns were very dedicated and hard-working, which made us feel that we had chosen the right people.

Even though we encountered difficulties like online learning, the podcasts were produced successfully. During the podcast months, we interviewed many important people in the school and asked about their specific work. As the podcasts became more popular, our workload increased. We checked each line to make the interview questions easier for the interviewer to read out.

We have faced many problems and overcome a lot of difficulties. We hope the new podcast team can find their own way out when meeting the hardship.

By participating in Dulwich College Beijing initiatives like Student Council and Dulwich Dudes Podcast and Magazine, Junior School students are able develop many skills. Having skills in teamwork, problem solving, communications, technology and leadership prepares them for success in the world beyond the classroom. By leading themselves and each other, they grow into confident, kind global citizens, who can create opportunities. 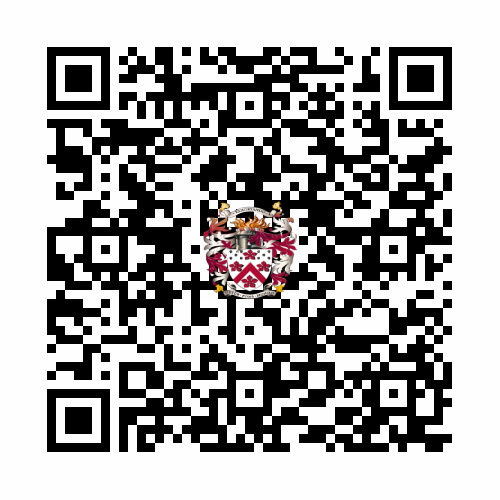