In October, Dulwich College Beijing campus was filled with laughter and achievements as the series of Chinese culture sessions organised by the Shunyi International Talent Community Office continued in Dulwich College Beijing. The sessions intend to promote traditional Chinese culture students from international communities to be closer to the essence of Chinese traditional culture, contributing to international cultural exchanges and mutual understandings.

In the Chinese painting class, the teacher first introduced the historical origins of Chinese painting, and then explained the basic painting tools such as felt, rice paper, brush and other basic painting tools. He also explained techniques to the students while painting. The teacher picked up the pen and dipped the ink, with only a few strokes, a vivid and artistic picture of autumn chrysanthemum appeared on the paper. The students listened and watched carefully. Everyone was eager to try. Most of the students are the first time learning about traditional Chinese painting, but they learned with joy, creativity and imagination. After about half an hour of on-site creation, they completed their own amazing works one after another.

Martial arts originated in China and gradually evolved into a sport over time. The martial arts practitioners advocate "stopping conflict" with the techniques orienting at harmonious relationship between man and nature. Martial arts is not only a sport, but also a valuable cultural heritage of the Chinese culture.

"Peking opera is the most influential Chinese opera, spreading from Beijing to all over the country.” At the beginning of the activity, the teacher asked the students to choose their favorite costumes and began to explain Peking Opera. With the help of the teacher, more than 20 international students sketched the facial makeup of Peking opera characters, and learned a few authentic Peking opera chants. The teacher demonstrated Peking Opera's chanting with a performance on the spot, which made everyone appreciate the beauty of the Peking Opera.

Mandarin
Our Mandarin curriculum is streamed to challenge and develop students at all levels from beginner to heritage.
Read More

Block printing is an ancient form of modern printing technology. It is considered a "living fossil" in the history of printing. It combines the essence of many traditional crafts such as papermaking, ink making, and engraving. As the only cultural form without regional restrictions, it facilitated cultural communications and civilisation development. In the block printing session in Dulwich College Beijing, the children learned how to "print" on the spot. They used a roller to apply a layer of ink evenly on the engraving plate, then gently placed the thin rice paper on the engraving plate, and then slowly pressed it back and forth with a rubbing tool. Afterward, the rice paper was lifted up again with the traditional ink marks of different shades that make Chinese characters. The children were all very excited by the experiment.

Tie-dyeing is one of the traditional Chinese manual dyeing techniques. The dye is difficult to penetrate at the tie knots, it forms a white background that contrasts with the colours, making beautiful white patterns on the dark blue fabric. It also has an artistic value that machine-dyeing cannot replace. At the beginning of the activity, the teacher distributed the materials to each student and explained the ancient tie-dyeing in detail. “The main pigments for tie-dyeing mainly come from the blue indigo solution of natural plants. Therefore, there is no harm to human skin. The tied parts cannot be fully penetrated by the pigments and this makes different patterns on the fabric. Depending on the individuals, the patterns change with different degrees of pigment penetration and different binding forces, which makes finished products unique and special.” The children followed the steps demonstrated by the teacher, folded the cloth in different forms, and then tied it layer by layer with thread. The fabrics are placed in a paint bucket prepared by the teacher for dyeing. After the materials were fully colored, everyone could not wait to unfold the cloth and see the beautiful unique patterns appearing in front of them. It was a magical moment for the children. 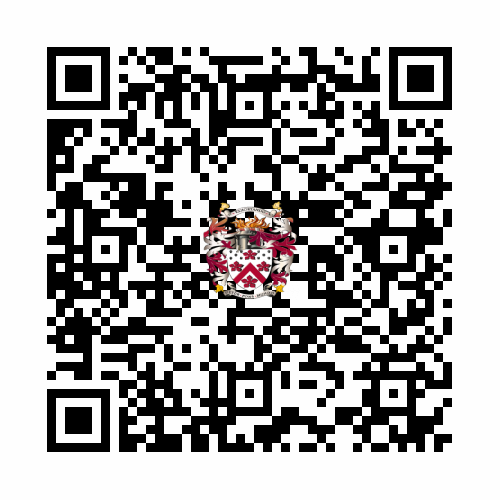